Brangelina "very busy trying to get in" to the awards show. 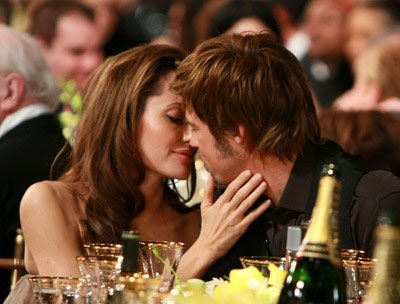 After he finished asking Beyoncé a few snooze-worthy questions, Seacrest ran off in a desperate attempt to grab a minute with Hollywood's hottest couple, who dared to turn their backs on the hardest-working man in show business. Can you say diss? Seconds later, the dynamic duo added insult to injury by granting a last-minute interview to Ryan's red carpet competitor, "Access Hollywood's" Billy Bush. Ouch!

Seacrest laughed off the incident and noted that Brangelina ignored him on E!'s red carpet telecast because they were "very busy trying to get in" to the awards show. Yeah, right.