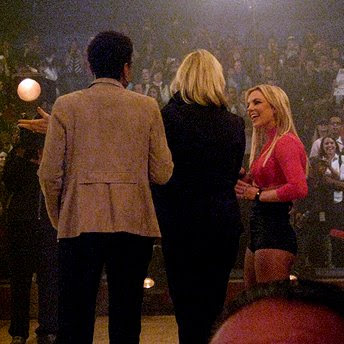 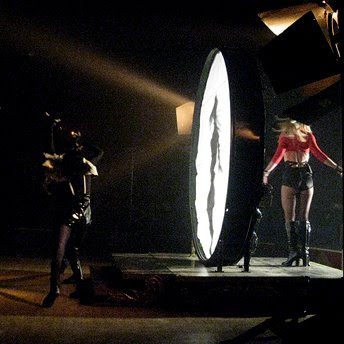 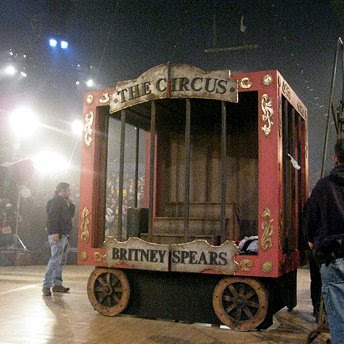 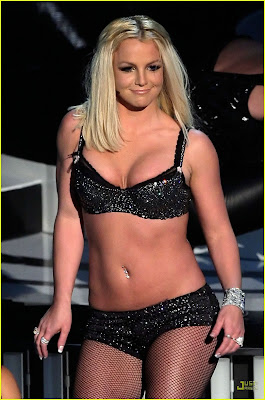 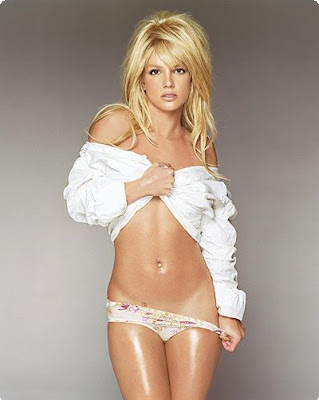 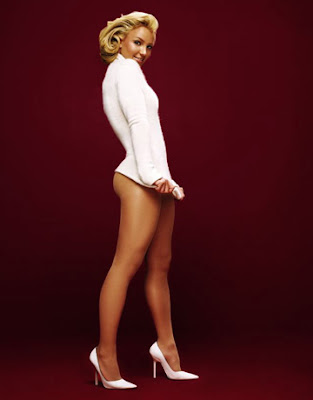 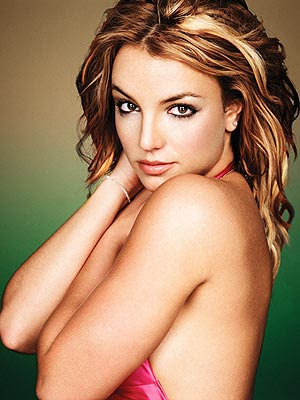 Britney Spears made her return to network television this morning, performing “Circus” and “Womanizer” from her new album Circus (out today) on Good Morning America, and two of your Rock Daily editors were lucky enough to win front-row tickets to the Big Apple Circus spectacular via Spears’ Website. So what didn’t you see on national TV while we munched on red velvet birthday cake and wooed on command? Keep reading for photos from the scene and more.

• Longtime Spears choreographer Wade Robson stepped onto the stage before the cameras rolled, checking out the cage from which dancers emerged during “Circus.” Her manager, Larry Rudolph, did a similar walk-through before “Womanizer.”

• Spears’ sons, Sean Preston and Jayden James, were carried in and out of the arena several times by beefy bodyguards. Fans screamed their names, and Jayden waved to the crowd from his seat next to Britney’s mom, Lynne. He later bopped a bodyguard on the head with the “Britney Spears/Happy Birthday” sign he was clutching.

• Fans went nuts when the lights went down and Spears got on top of the cage for the start of “Circus.” Though she was crouched in position and concentrating hard, she gave a little wave and smile to people on either side of the stage.

• A stagehand armed with a fire extinguisher crouched next to the stage, ready to douse the flames on the circle Spears’ stepped through at the start of “Womanizer.”

• An army of men in trenchcoats and earpieces roamed the premises to ensure Brit’s safety. The one in front of us scrunched down to avoid blocking sightlines during “Womanizer” and got a special tap on the head from a dancer perched nearby.

• Attendees were given samples of Britney’s fragrances upon entering, and clown noses from the Big Apple Circus on the way out.

• The crew of fans dressed like Britney were relocated for their interview with Sam Champion and sent back to their seats for the performance. The rest of the crowd chuckled during their chat.

• To pass the time between segments, clowns from the Big Apple Circus roamed the crowd, tossing beach balls and performing a few hat tricks.