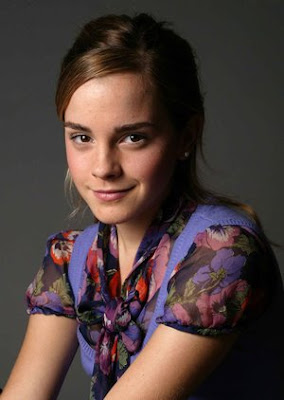 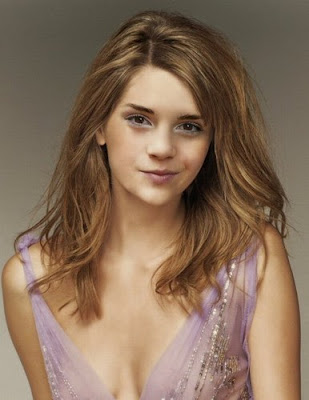 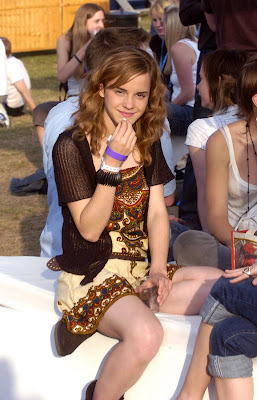 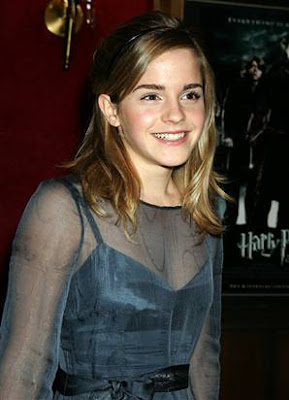 Emma Watson is a talkative young woman who's the first to admit she's similar to Hermione Granger, the straight-A student she's played in all four previous Harry Potter movies. Cast for the role when she was only ten years old, she has grown up gracefully into a poised seventeen year old. This month marks the opening of the fifth Potter movie, Harry Potter and the Order of the Phoenix.

"It's really funny, we get asked a lot about growing up, and being on camera, and growing up in the limelight, and that sort of thing, but it's a really funny question for us, because we can't see ourselves from the outside, if that makes sense, it's a bit like trying to look at it from a different perspective," she says. "So it's a bit funny. But I mean yeah, sometimes I feel like I barely have to act, because I feel so close to my character, and I feel like I know her so well, and I think we're quite similar in a lot of ways, so my job isn't too hard really. I'm quite lucky."

She is, of course, but one in a trio that consists of Daniel Radcliffe as Harry and Rupert Grint as Ron. "We've all grown up together. I'm, well, all of us are a teeny bit older than our characters, so it's nice in a way, because we get to experience what are characters are going through before them. So we kind of know what it's like to go through that experience, and then we can apply it to what we're doing in the film. So it works quite well, really."

Throughout the filming of the five movies, there has refreshingly not been any child-star tantrums or cast unease. "We're friends, you know? If I'm having boy troubles, I'll occasionally go and chat to Dan and Rupert, and say 'WHAT is going on here, I do NOT understand...' Just sort of friendly banter and friendly advice, just generally just supporting each other, I guess."

As always, the trio is surrounded by a nurturing cast and crew, many of whom have been involved from the very beginning. Order of the Phoenix does, however, mark the fourth new director of the series, David Yates, who previously worked in British television. "There were no introductory rituals," Watson laughs off when asked if any hazing took place. "I don't know, it's really nice. A lot of the cast and crew have been on the films...for all four or five years. So there's a nice sort of friendly, family thing about it, hopefully it's not too intimidating for newcomers, 'cause everyone's kind of family."