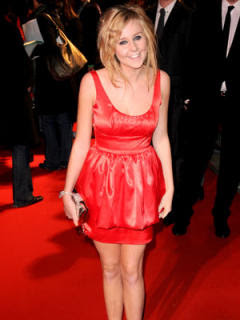 Diana Vickers is certain to land a lucrative music contract after Gary Barlow offered to sign her.

The X Factor star worked with Take That when they appeared on the ITV show last month and Gary is standing by his offer.

But insiders say Simon Cowell, 49, also wants to represent her and a bidding war is likely.

‘There was also talk of Simon being a huge fan of Diana but she is also being chased by Gary Barlow,’ a source tells the Sunday People.

‘He met her when Take That appeared on The X Factor and he told her then that if she didn’t get a deal with Cowell then he would sign her up.’